Backstage
DR!FT - The story behind it!

Martin Müller, the founder of STURMKIND, has always thought differently - further. Has always influenced and changed the respective market with innovative, novel products. Driven not by competition, but by visions. Not to improve, but to create something new, incomparable. Not to leave something behind, but to reach new territory. This innovative, different way of thinking is deeply anchored in the DR!FT DNA. 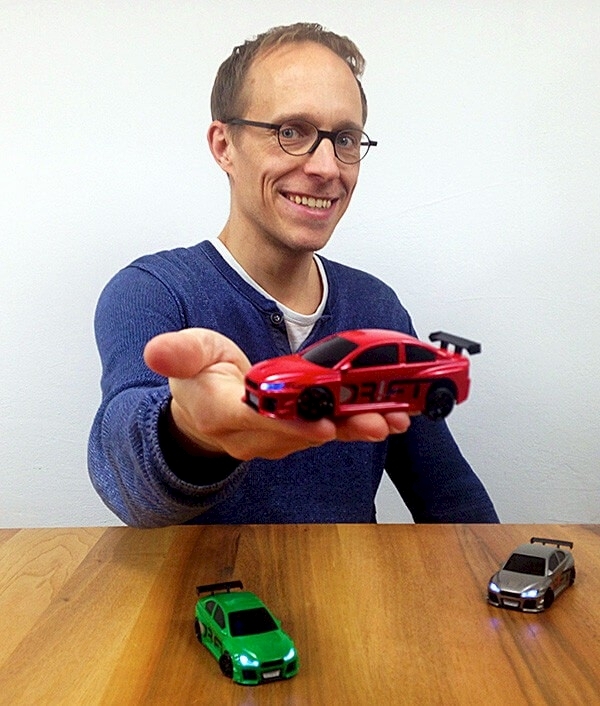 The dream of realistic models

Martin's deepest conviction was and is that a racing game can only conjure up the deepest emotions when a model not only looks like but also moves and sounds just like its great archetype in the real world!

To fulfil this dream, physics had to be outsmarted: You can reduce the size of a vehicle, but not its environment with all the accompanying physical laws. This means that the realistic behaviour of the model decreases in proportion to its decrease in size.

Martin has worked on this for years and created several models that meet his high standards.

For example, his Airbus A310, a model airliner that weighs just 350 grams with a wingspan of 2 metres! This extremely lightweight construction enabled Martin not only to reduce the body structure but also the flight characteristics to scale.

The result is as unique as it is spectacular: 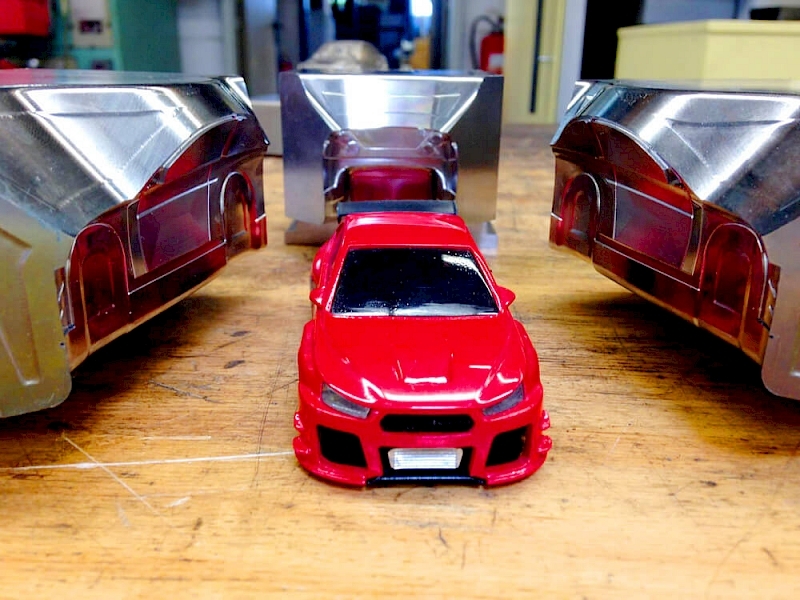 Exciting races in your living room

A completely new experience with DR!FT: In 2003, Martin had the break-through idea for how to realise his dream of finally being able to hold real car races in his own living room.

Races in which exciting overtaking manoeuvres, multiple drivers all at the same time and track independence would be possible. The world of virtual racing simulations and real racing cars had to be combined! A new genre of gaming was born!

The idea matured further, as did the available technologies. DR!FT was given the start signal by the further development of smartphone technology:

Full commitment to the DR!FT-Racer

In 2015 Martin began to invest all his time and money in the realisation of his dream. So he stopped paid work in his own construction office, sold his sports car, with which he himself had learned to drift at various events, collected all his money together and started on the first prototype of the DR!FT-Racer. At the end of 2015 he held the proof that his vision could become reality in his hands!

Martin now began to look for investors. Many liked the project, but too few dared to invest in DR!FT. Technology too complex, too novel, not enough to go on to be able to estimate whether DR!FT would work as a finished product. There was also the question of whether DR!FT would have what it takes to really inspire people if it did enter the market. 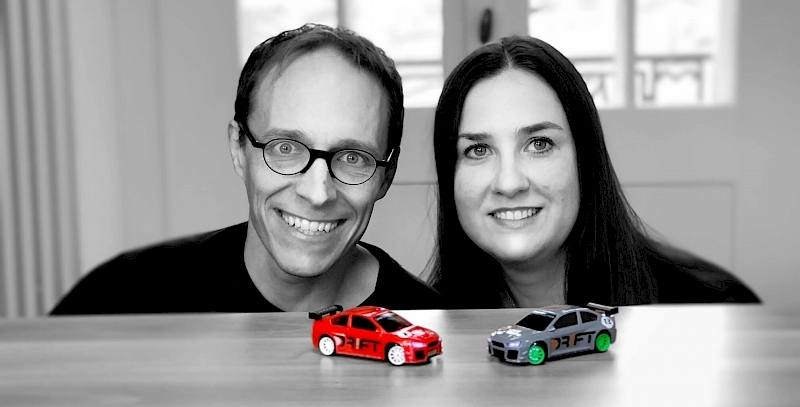 Martin and Stephanie decided to launch DR!FT with the help of a crowdfunding campaign. The first promotional video was shot.

At the end of September 2016 the first teaser was published on Facebook. The Kickstarter campaign took place in November and December of the same year.

When the Kickstarter campaign ended on 30/12/2016, well over 1300 people had already ordered their DR!FT-Racers in advance. More than €260,000 were collected on Kickstarter and Crowdpilot. 14 years after the initial inspiration, DR!FT finally become reality. Less than a year later, the first DR!FT-Racers were delivered.

In the meantime, the Sturmkind crew at the headquarters in Speyer has grown to a 14-strong team. All in all, more than 50 people, spread all over Germany, are now involved in the DR!FT project. 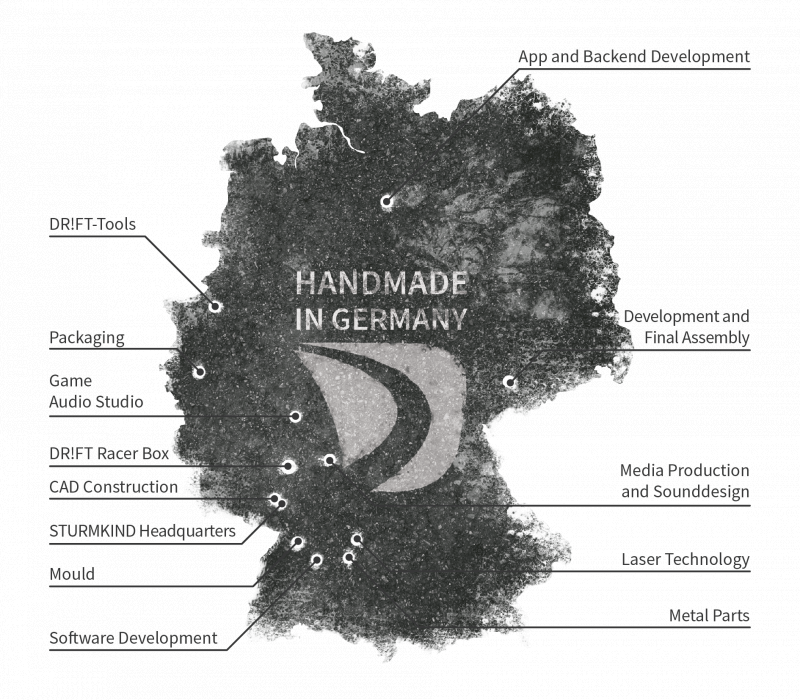 Race on! The race has only just started!

Every day sees further developments. Up until now, we have only realised a small fraction of our ideas. Gaming options, earning points, virtual tuning - such as more horsepower, engine change - and much more, will be available to every user via free updates. We're working on it! Daily! Untiringly! To make it a reality for you!

We want you to enjoy your DR!FT-Racer for a long time! We set the highest quality standards for our production in Germany. The mechanical parts are made of high-quality, partly fibre-reinforced plastics. DR!FT-Racers are designed for intensive and long-term use for good reason. If something breaks down, our service department is there for you with all conceivable spare parts. 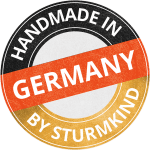 We appreciate the short distances and the direct contact to our partners. This makes it easier for us to meet our quality requirements. 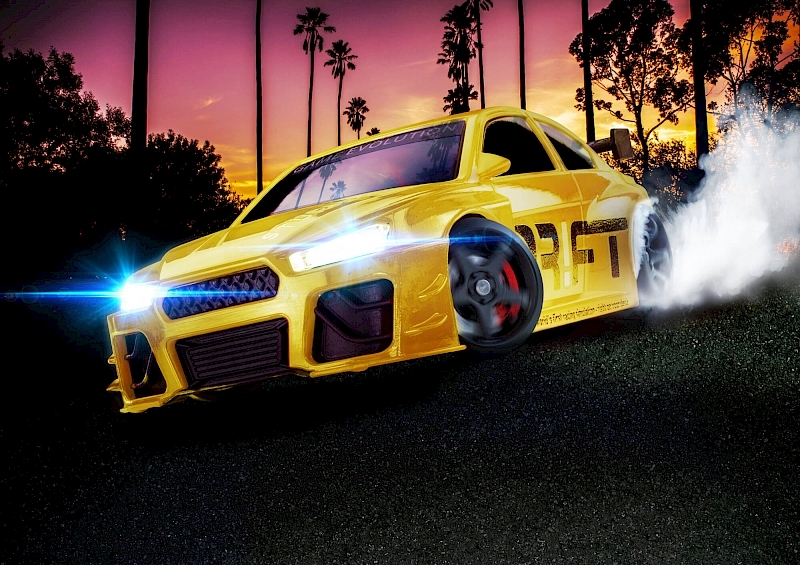